By Somraj Pokras of Tantra at Tahoe

Remember, if you smoke after sex you’re doing it too fast. — Woody Allen

To us, Ordinary Sex largely a biological process that’s characterized by lust and regulated by hormones. Sometimes it’s just vanilla sex, rote monotonous sex, or sex by the numbers. Or it could look like many movie scenes with two strangers ripping each other’s clothes off in a wild frenzy and doing it on the floor or against the wall. That’s the performance model of Ordinary Sex, more like a sport, game, or athletic competition.

The contest usually entails going directly for maximum turn-on until quickly exploding in a blaze of glory. If he makes her come once before him, he wins. If she comes multiple times, he gets the grand prize. Then he’s rewarded with the porn-inspired money shot.

But if he comes too soon, who wins then?

All too often Ordinary Sex results in the well-documented Orgasm Gap. That’s where the men are coming all over the place while the women never seem to reach that lofty goal. When lust is leading, there’s little consciousness of what she needs to get fulfilled and what he needs to extend and enjoy. As lovers age, they can’t depend on their hormones to fuel their libidos and performance any more.

All too often coping with long-term partners is mechanical and habitual, almost like nobody’s home, if it happens at all. Maybe one is thinking of something — or someone — else. It can look like the woman spreading her legs when her man really, really needs a release. Sometimes one of them, usually him, has so much pent-up lust that he takes it out on her, forcing her to do things she wouldn’t otherwise consent to.

Ordinary Sex is mostly a physical event targeting the jewels that releases tension and semen. Being orgasm focused, it’s largely goal-oriented which can be great for her pleasure and his ego when successful. Sometimes a good cocksman can give a woman multiple orgasms. But when unsuccessful it can create performance anxiety, sexual dissatisfaction, and emotional frustration.

As good as Ordinary Sex can feel, we call them quickies. Most men roll over and fall asleep after coming. Until their reproductive system recharges, they can’t get it up again.

All in all, Ordinary Sex has a narrow focus. It’s more about the physical act of him taking her and less on a joint expression of true love.

Is there a better way to do it?

We can tell you right off the bat that jack-hammering isn’t something great lovers start with or continue for long. Both women and men have to be ready emotionally as well as physically turned on. Rapid in-and-out before being warmed-up and without stopping is not well received by most women’s yonis (vaginas). Humping like a jack rabbit without regard for where your bed partner is at will not win you an award. In fact, long, deep, hard thrusting may very well make a women sore too soon, especially if she doesn’t insist on adding some sexual lubricant.

Often, the untrained and misguided male lover thinks that faster and harder is what makes women orgasm. Usually not true. The Kama Sutra says that women can’t stand forceful thrusting until they get more turned on. Our experience is much the same. Too many fast hard strokes without breaking the pattern may create numbness or more pain than pleasure. In addition, most women don’t like the same thing over and over.
We’re going to suggest ways in which you can avoid the monotony of the same strokes and an unchanging rhythm without variation.

In contrast, Tantric LoveMaking is an intimate loving partnership where conscious lovers harness and share kundalini energy to create a high level of sexual ecstasy for an extended period of time.

To give you an example of Tantric LoveMaking, here’s a story we wrote after a particularly moving encounter…

Though we silently bowed and touched foreheads, we obviously were so hot for each other that we just wanted to rip each other’s clothes off and go for it.
As we undressed each other ritually and whispered sweet endearments, the heat sparking between our bodies rose to a fever pitch. The first slow subtle caresses were like the discharges of a powerful electrical storm. Our nerves reacted as if hit by lightning.

While our hands explored everywhere, we were drawn by an irresistible magnetism to our hard and wet spots. Our pinponging moans shook the rafters. Every time we expected to explode from the torrent of pent-up sexual energy, we consciously slowed and relaxed. With a moment of silence and a few deep breaths, we surrendered to the spasms reverberating well inside.

Penetration, when we couldn’t resist any longer, was like being transported to a different reality. The intense sensations were more like an inner hurricane than a warm summer’s breeze. To savor every last drop of pleasure, we moved at a snail’s pace at first. Then one would speed up, then the other would thrust deeper, then the first would relax into the incandescent heat. Fast, slow, deep, shallow, pausing, side-to-side, up and down our motions smoothly shifted in a kaleidoscopic rhythm of colors and hues.

Finally we understood how scientists harness nuclear power, letting the radiation in the reactor build very gradually to create a steady flow of electricity instead of the detonation of an atomic bomb.

Ever so slowly, the delightful in-and-out strokes created wave after wave of tingling excitement, rush after rush of pulsing heat, and spasm after spasm of cosmic feelings. After each peak of pleasure, we relaxed so that the energy could wash through us and between us.

We were in no hurry, with no place to go, simply absorbing every last calorie of delicious sensation we could glean from each subtle motion.

As our bodies merged with less and less separation, pulsing one inside the other, the plateaus rose higher and higher. We seemed to contain so much sexual energy that just a few minutes earlier would have blown our heads off with an explosive orgasm. But no matter how our animal selves craved release, our higher selves didn’t want to end the ascent.

On and on we rode each other, sometimes fast, sometimes slow. Positions morphed, electricity sparked between us, and one’s tremblings became the other’s quaking. Time seemed to stop as the distance between us melted away. What she felt, he felt. What he felt, she felt. We vibrated as one, joined in divine union.

We felt that we soared together endlessly. And wanted to go on forever. But eventually our bodies needed fresh air, water, and sustenance. Looking into each other’s eyes, we knew it was time.

Without so much as a change in our rocking rhythm, the vibration in our groins simultaneously began to grow. It was if an electromagnetic fist embraced our jewels and pulsed deep into our flesh. Sparks arced up, down, and around as our bodies filled with liquid fire, surging with ecstasy.

We felt each other teeter on the precipice at the same instant. Surrendering to the irresistible force, the vast dark empty void reached up to embrace us. All we could do was relax and go with the flow. Floating for an instant that seemed to stretch out for ages, we gave ourselves body and soul to the infinite power of the universe. Mother Earth and Father Sky shot bolts of lightning through our bodies to each other. We were falling falling and soaring soaring at the same time.

Convinced we couldn’t ascend any higher, the first orgasmic spasm hit us both at the same instant. Spurting like a tidal wave, clenching like an earthquake, we began to come together. We screamed, laughed, cried, and howled, outdoing each other louder and louder. We soon lost track of how many times we each squirted and showered each other with our divine ambrosias. Each successive convulsion seemed stronger than the last and threw our bodies to and fro across the soaked sheets. We reveled in the sounds, smells, and sensations of our wet work of art.

At last the divine fist stopped shaking us and we collapsed in each other’s arms moaning “Oh My Goddess!” over and over.

Wow! We get turned on remember how great that Tantric Love Making was. But we haven’t explained yet how it’s different. That’s what’s included in next month’s article. But if you can’t wait you can read it in our archives here… 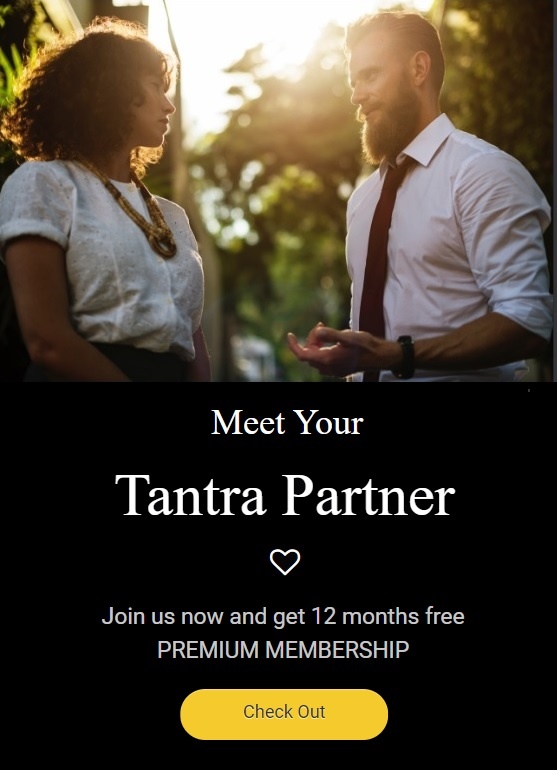